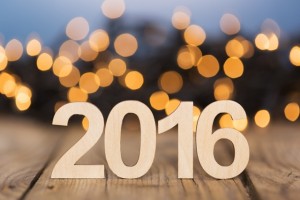 Importantly, the report found that over the past two decades, there has been a 246 per cent increase in calls about suicide.

The dramatic rise in contacts to the Kids Help Line (KHL) is mainly due to improved community awareness and acceptance of mental health issues, rather than just an increase in mental health problems.

In 2003, KHL expanded its services from 5-18 to 5-25 years old’s, a move that has inarguably contributed to the rise in contacts.

In addition, KHL has conducted extensive training of their counsellors on a range of mental health issues faced by Australia’s youth.

CEO of KHL, Tracey Adams told The Huffington Post Australia; “I don’t think we can say the 600 per cent increase is purely driven by increased need of young people… I think its increased awareness, and now young people are truly engaging in help seeking, which is very positive.”

Yet, in spite of the increased awareness and understanding of mental health issues, boys and young men remain hesitant to reach out for help.

Help seeking in youth is currently skewed substantially towards girls and young women, which, according to Ms Adams, is a cause for serious concern.

The report has also found that due to the rise in more complex issues, KHL counselling session times have tripled in the past 25 years, increasing from 10 minutes in 1991, to 36 minutes in 2015.

Furthermore, the last two decades have seen a dramatic change in the ways that youth access support services, mainly due to the proliferation of web 2.0 technologies and social media.

To learn more about the state of play regarding the mental health of Australian youths, access the 2015 report here.

For further information on mental health, contact beyondblue on 1300 224 636 or speak to your GP, pharmacist or someone close to you, whom you trust.